Claypaky Mini-B Fixtures Shine on Quebec’s “Qui Sait Chanter,” the Latest in the “I Can See Your Voice” Franchise 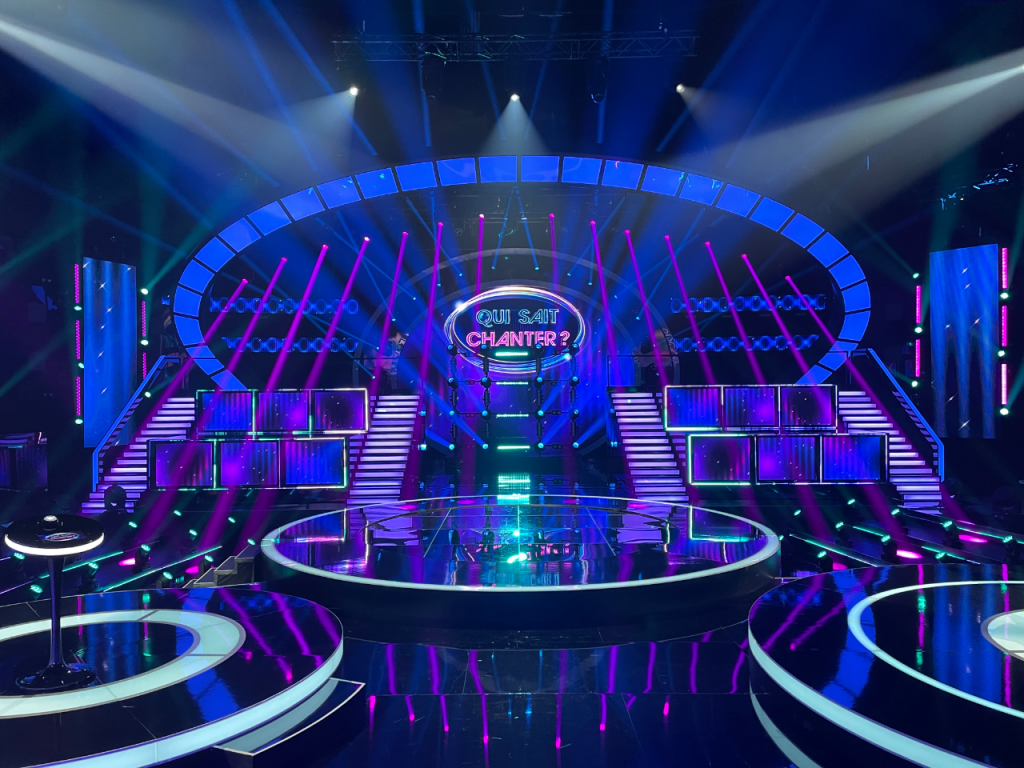 The Quebec version of the show is the latest in South Korea’s “I Can See Your Voice” franchise, which airs in 16 countries worldwide.  The US series quickly became a hit in its premier season on FOX Network last fall.  Its unusual concept combines songs, suspense and performance as contestants try to identify the real singer and the imposters among a group of six participants from all walks of life. 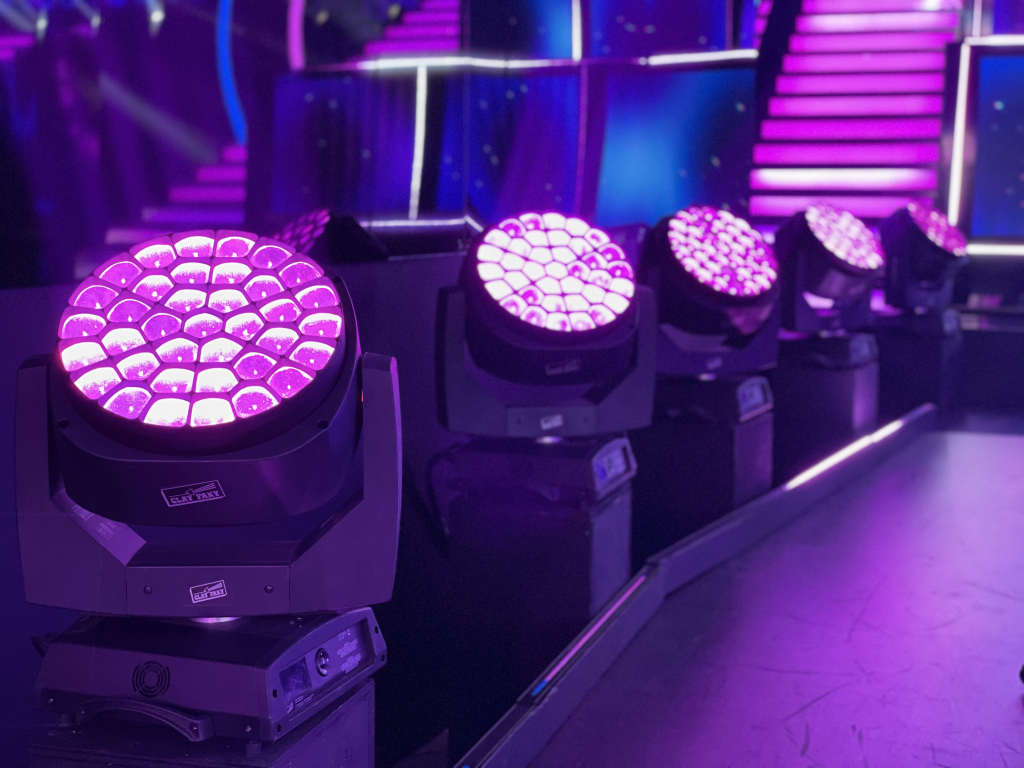 “Our relationship with Claypaky started when we founded Omnison – their fixtures were really our first machines,” says Francis Gigeure, Vice President of Omnison.  “For this project, Jonathan asked for a beam light, so we looked at the Claypaky catalogue and once we found the Mini-B we jumped on it.” 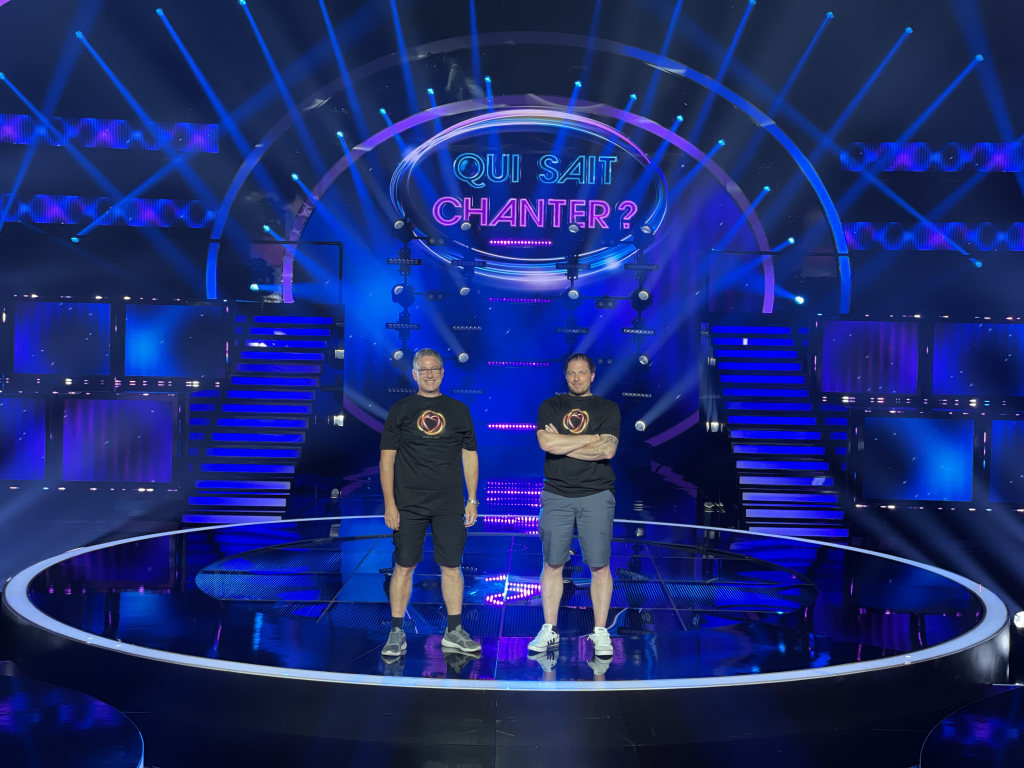 “The Mini-B has become our go-to fixture,” says Gigeure, adding that a popular Canadian artist (yet to be announced) has eyed them for his upcoming tour.

Lewis’s mandate for “Qui Sait Chanter” was “to make sure that the show had a visual signature resembling the American version.”  But Lewis did not have a fixture list from the US show.  “I saw pictures and videos and had the freedom to choose what we would use,” he explains.

“Claypaky’s Mini-B offered versatility in both the setup of the unit as well as the possibilities of the machine,” Lewis notes.  “For a smaller fixture, it has a lot of power for its size.  The zoom and dimmer effects have beautiful curves. If we had to play with skin tones it gave us a great latitude because of the variable in the CMY. The colour temperature features are very interesting as well.

“The B-EYEs blended well visually with the Mini-Bs,” he adds, also noting the fixtures’ “prismatic and defragmentary” features.

Lewis found that the Mini-Bs were so small and light that he could put many of them on the rig for “a strong weight-to-power ratio.”  He mounted three-quarters of the fixtures on the sides of the set, hung vertically to enhance the screens on both sides.  The rest of the Mini-Bs were positioned on the floor.  Lewis previously used Mini-Bs on the finale of “Big Brother Canada,” where he says, “I did all my skin tones with the Mini-B, which turned out great.”

He was pleased with their performance on “Qui Sait Chanter,” too.  “The Mini-Bs worked super well,” Lewis reports.  “They were able to fill the images on screen, which was essential for the project, and very reliable in their positioning. 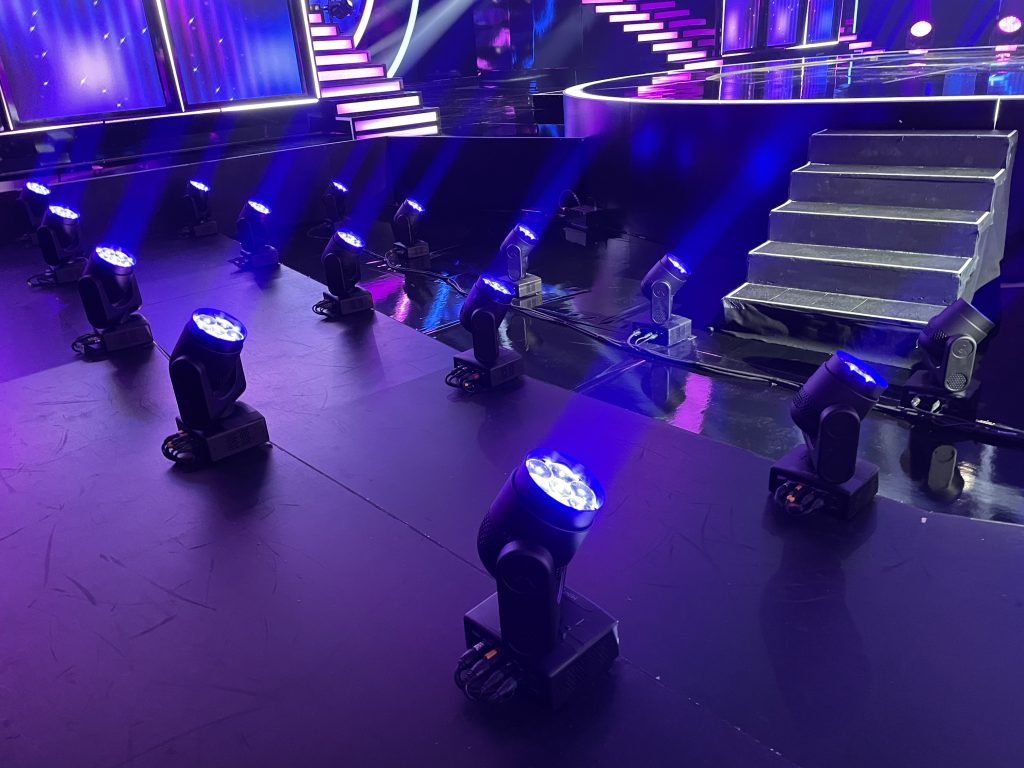 “There are many similar products to the Mini-B, but I am really happy with the Mini-B’s zoom and output and with the fact that it is not an LED that flickers on camera.  It has a great ability to play with color temperature, and when it’s saturated it works well, too.”

Omnison’s Gigeure says, “I think the way Claypaky Mini-Bs are built is what separates them from similar fixtures.  The quality of the manufacturing process differentiates the Mini-B from others, and it is also superior when it comes to performance in beam and in power.”

To learn more about the Mini-B, please visit: https://www.claypaky.it/en/products/Mini-B