The Winnipeg Jets Choose Barco for Their On-Ice Projection 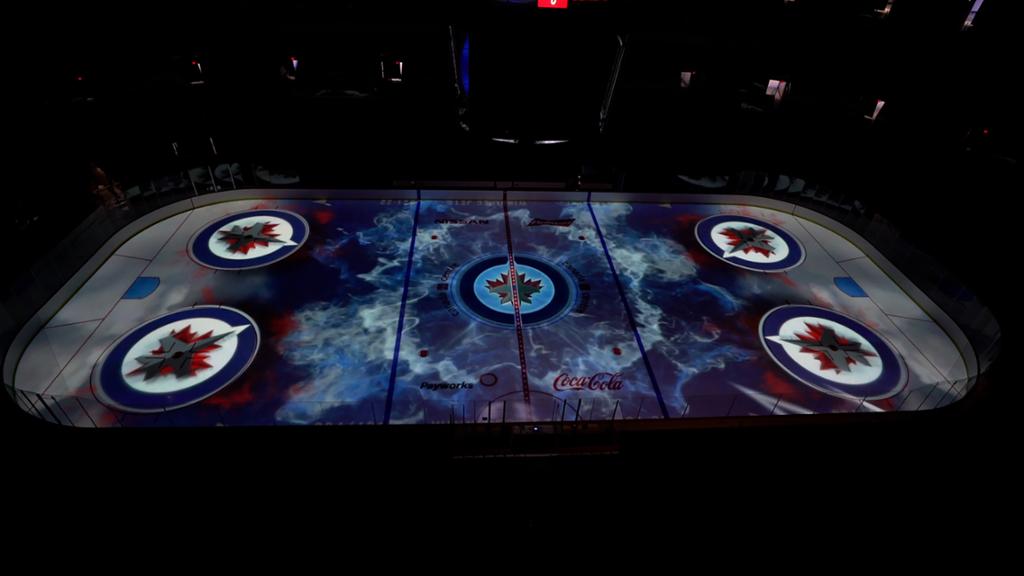 Photo Courtesy of the Winnipeg Jets

If the pandemic has taught us anything, it’s that some things are simply better in person, and right at the top of that list is undoubtedly Winnipeg Jets games live at Canada Life Centre.

Thanks to the thrills and chills of NHL hockey, the most passionate fans in the NHL, and one of the best in-game experiences in the league, Winnipeg’s downtown arena has been the place to be since the Jets returned in 2011. This will be even more true for the 2021-22 season courtesy of a new state-of-the-art on-ice projection system that will bring new and dazzling visuals to the ice surface.

The new system that was installed over the summer months includes eight laser projectors that will turn the ice at Canada Life Centre into a massive TV screen. Splitting the ice surface into four sections, each section receives the power of two projectors that will ensure a high-resolution and high-brightness viewing experience.

“Fans will instantly see the excellence of the new system from the moment they walk into the arena,” said Kyle Balharry, Sr. Director of Game Production for True North. “The system will be used throughout the pre-game, post-warm-up and intermissions. We plan on using it to its full capacity, meaning that any time the lights are out, the on-ice projection will most likely be on, and we’ll be using it in many different ways.” 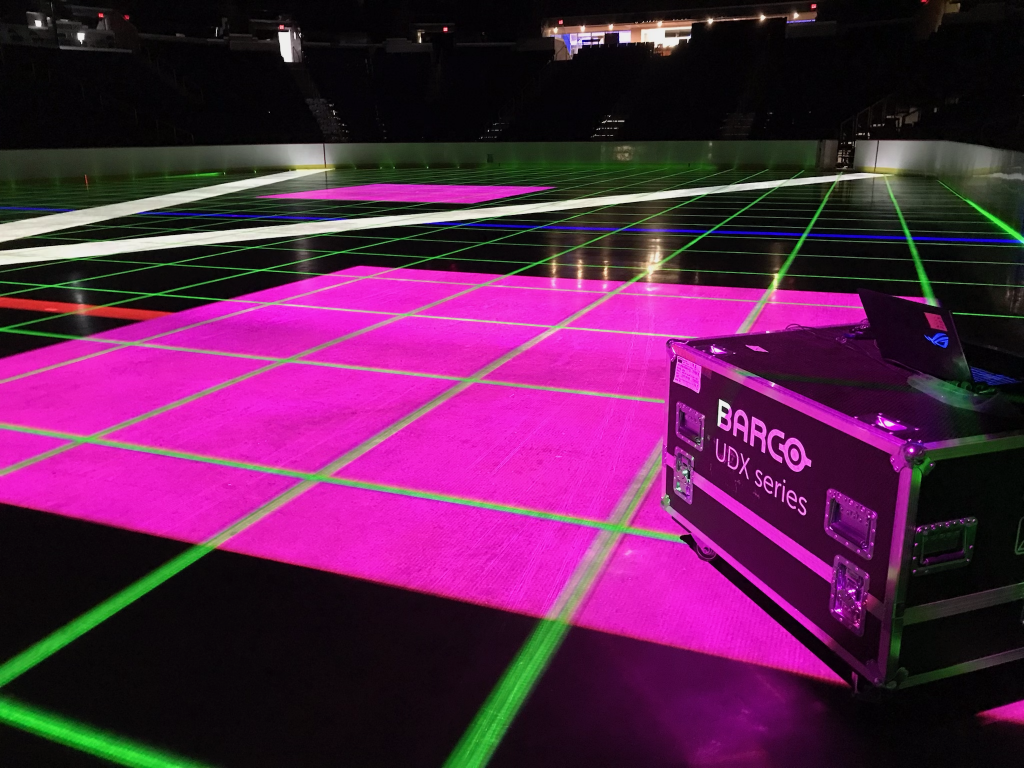 Some of those uses will include giant logos, team branding, player headshots, and sponsorship activations gracing the ice surface, but that’s not an exhaustive list by any means in Balharry’s mind.

Perhaps the most powerful of uses will be to have the on-ice projection complement the pre-game show, which will now be a truly full-arena experience that fans won’t want to miss. With the on-ice projection system providing entertainment from the time doors open to the thrilling pre-game hype video and beyond, fans will want to be in their seats well before game time to soak up the full experience.

“The pre-game show is always one of the most exciting parts of the Jets game experience. The lights are down, the music is pumping, the hosts are revving everyone up, and it truly sets the mood for the entire evening,” added Balharry. “I think our group of creators are some of the strongest in the league, and I’m excited to see what they can do with their creativity. Our jet logo is unique in the NHL, and to have it as a prop in our on-ice content will be something hockey fans haven’t seen before. I can’t wait to see F-18s roaring across the ice.”

For Balharry and the Jets game production team, the projection system is exciting in and of itself with it being the latest in arena projection technology and rivaling some of the best projection systems in the league. The part they are most excited for, though, is how it sparks energy in the fans and brings Canada Life Centre back to life.

“I’m excited about the energy that fans will bring back this year,” said Balharry. “I think we’ll see the excitement that we saw in 2011 and in the playoffs. In perhaps no other place in the sports world can fans impact the experience in the arena like our Jets fans can.”